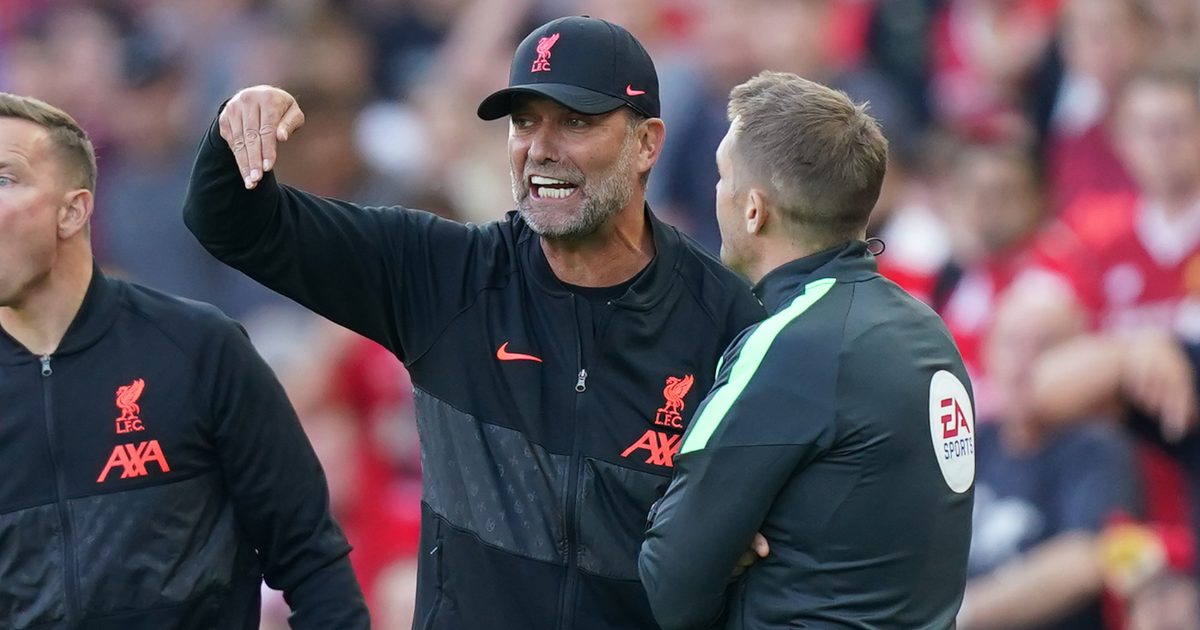 Jurgen Klopp praised Liverpool youngster Harvey Elliot after he performed well against a “dangerous” Chelsea team at Anfield on Saturday.

The game got off to a bright start as Liverpool started well. It was Chelsea who struck first though as they took the lead in the 22nd minute.

Reece James’ corner found its way to Kai Havertz in the penalty area. The forward did brilliantly as he headed the ball over Alisson and into the net.

McDermott has the eternal backing of Newcastle and Liverpool

There was a lot of drama just before half time as James was shown a straight red card. This came as he blocked the ball on the line with his hand.

After a VAR review, Anthony Taylor pointed to the penalty spot and he sent the defender off. Mo Salah took the kick and he calmly found the bottom corner past Edouard Mendy.

Liverpool had Chelsea on the back foot for much of the second half but the visitors defended well to keep the score at 1-1.

It finished level so both teams remain unbeaten in the Premier League this season. Klopp said post-match (as cited by BBC Sport) that Liverpool and Chelsea are “two very good football teams”:

“Our press in the first half was absolutely exceptional. Chelsea are dangerous in all situations and that’s how they scored the goal. I think we all agree we could have defended it better.

“Everything was enjoyable apart from the result. I saw two very good football teams. It was a great first half from us and actually a good second one because it’s so tricky when you play against nine defenders and have to create and create.

“Could we have done better? Yes. But it’s early in the season.

“For sure we should have made more of the advantage. We have one point more than before so let’s carry on.

“I think it was a clear handball. I was happy with the first half performance – even though we were 1-0 down. I would have loved us to have a bit more greed and determination. Apart from that I liked the game, I liked the atmosphere.”

On 18-year-old Elliott’s impact: “When you are old enough to drive a car you should be old enough to play football games. He is in the right place. He’s a smart player. He didn’t look tired for a second and kept going.”