Just days after both sides progressed to the Champions League semi-finals, the Blues came out on top at an empty Wembley to set-up a clash against Southampton or Leicester next month.

City looked tired and disjointed having made eight alterations for Saturday’s semi-final, with Hakim Ziyech’s second-half strike enough to secure Chelsea a deserved 1-0 win against the runaway Premier League leaders.

Chelsea return to Wembley on May 15 and City will be back at the national stadium next weekend for the Carabao Cup final against Tottenham.

A midweek match against Aston Villa comes first after their hopes of winning an unprecedented quadruple came to an end on Saturday evening.

“The first half we struggled for 15 to 20 minutes, and the rest we didn’t find the key players in the positions, in the pockets and we struggled a little bit for that,” City boss Guardiola said.

“When we arrived there sometimes we didn’t create much, but in the last minutes was much, much better.

“I try to avoid all the people (talking) about the four and always I said the same – ‘the next one, next one’.

“I don’t know what’s going to happen this season. I’m incredibly delighted with what we have done so far because the amount of games we played.

“We didn’t have a midweek in an eternity, and all the players make absolutely everything.

“Now it’s like I said in the last month. So what is next? It’s Aston Villa.

“Going there we need 10 points (to win the league) and you have to go to the first three and arrive good the next week the final the Carabao Cup and the Champions League semi-final against Paris St Germain.” 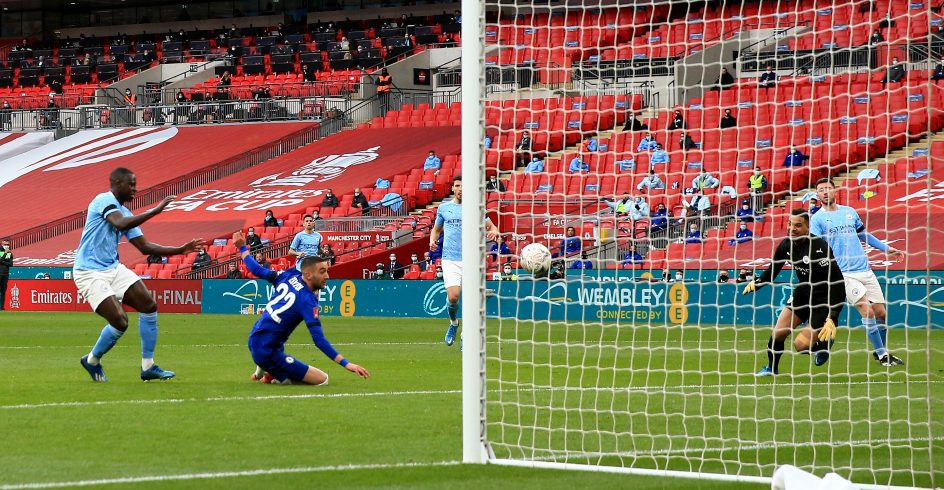 The fixture schedule is relentless for City, who now face being without Kevin De Bruyne for part – or perhaps more – of it.

The playmaker went off in the 48th minute with what appeared to be an ankle injury.

“I don’t know,” Guardiola, who bristled when asked about eight changes, said. “He has pain now.

“They tell me tomorrow they’re going to make a test with the doctors. Apparently it doesn’t look quite good but we will see tomorrow.”