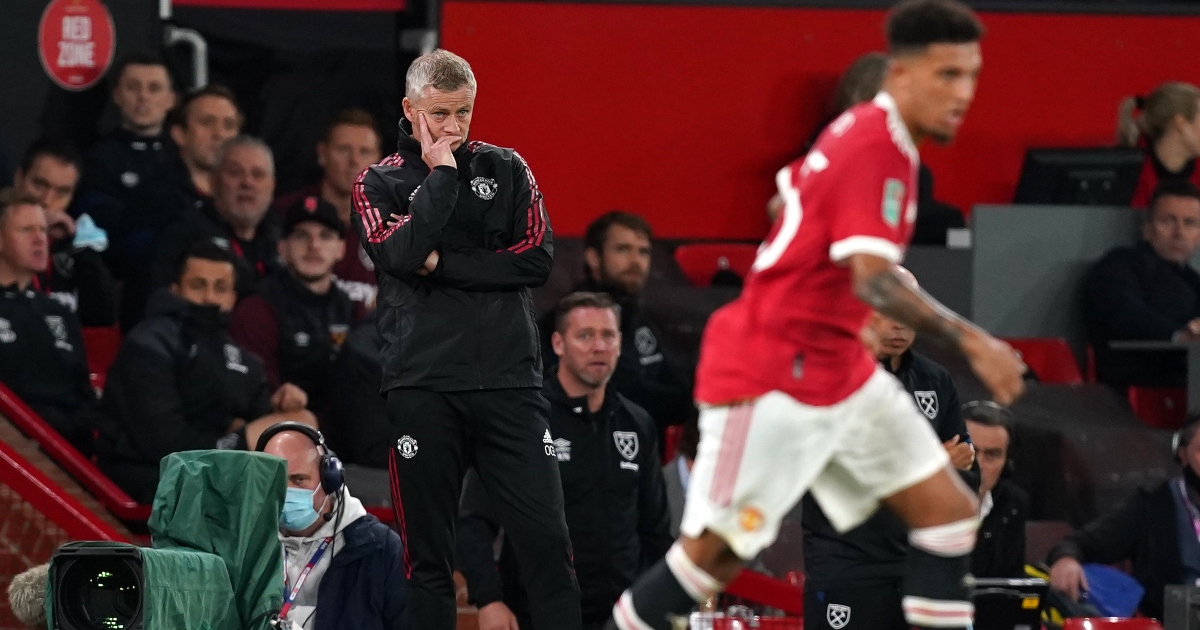 Manchester United manager Ole Gunnar Solskjaer is keen to switch focus to the next match after losing 1-0 against West Ham in the Carabao Cup third round.

Solskjaer said his side started slowly, which “needs addressing” and also claimed Jesse Lingard should have been awarded a penalty by referee Jon Moss.

Lingard went down in the box under pressure from Mark Noble, who was being teased by home fans after David De Gea saved his late penalty on Sunday.

United came out on top on Sunday, but were unable to rub salt in the Hammers’ wounds by knocking them out of the cup.

The Carabao Cup was Solskjaer’s first opportunity this season to win a trophy – which would be his first as Red Devils’ boss.

Unfortunately for him, and United fans, however, the wait for some silverware will now last until May at the very earliest.

“Lacking a goal,” Solskjaer told Sky Sports when asked what was missing on Wednesday evening.

“A slow start again and that needs addressing. They got a goal and after that we played well for long periods, gave it a go and stats don’t mean anything. When you have 27 shots the boys have given it a go.

“We built pressure, Mason Greenwood came on and had a good one but sometimes the pressure does not come to anything. He made a positive impact, he was fresh and sharp but it was too little too late. The last six or seven minutes we were going gung-ho and they could have scored a couple.

“I would rather not say too much but it was a penalty again on Jesse Lingard.

“You want to go through but it is a long season, we gave it a good go, can’t fault them for attitude and have big games coming up.

“It is a long journey all season, we have loads of games and keep on doing what we are doing, trying to get results. We are out of this cup which is not great but we will focus for Saturday.”

Saturday’s fixture is against Aston Villa at Old Trafford. Villa were also knocked out of the Carabao Cup on Wednesday evening.

The Villans were knocked out on penalties by European champions Chelsea at Stamford Bridge.

Fury warned about Wilder: ‘He had better be careful!’

Mbappe: I told PSG in July I wanted to leave

Jones: Not many can match my World Cup record

Fury warned about Wilder: ‘He had better be careful!’

Mbappe: I told PSG in July I wanted to leave