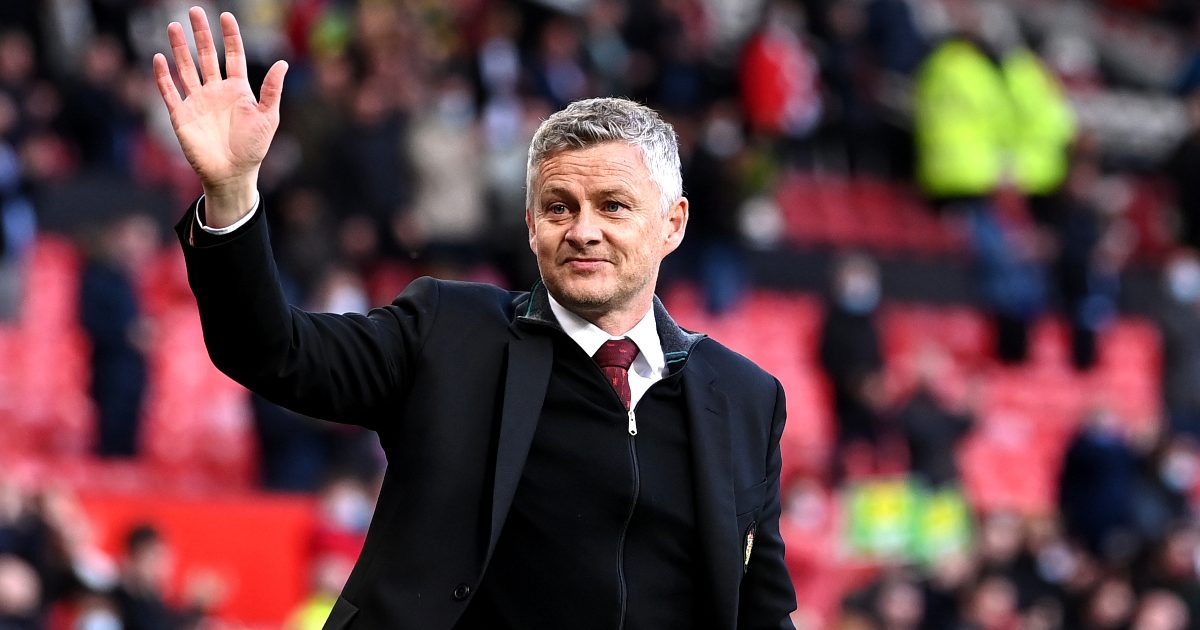 Ole Gunnar Solskjaer suggested that his Manchester United players were too eager to impress the 10,000 returning fans against Fulham.

Old Trafford welcomed supporters back for the first time in 436 days on Tuesday evening, with the 10,000 in attendance making their feelings against the Glazer family loud and clear as they enjoyed their long-awaited return.

Edinson Cavani open the scoring with outrageous 35-year clipped effort 15 minutes into his first match in front of United fans, but the hosts failed to turn their dominance into victory.

Joe Bryan all too easily ghosted in to seal relegated Fulham a 1-1 draw, leaving Solskjaer frustrated at the end of a special evening at Old Trafford.

“The buzz, the energy, the atmosphere was magic, really,” the Man United boss said. “It was fantastic to have them back.

“You felt in the warm-up the buzz of people just talking and that’s been missing. We’ve really missed it.

“Maybe that was part of the reason that we played the way we did because I thought we played too much to entertain at times.

“Too many difficult choices instead of a simple one. We made the difficult one, the one that might look better and that will come back to cost us at times. A good experience.”

Solskjaer had hoped to use this match to wrap up second spot and build momentum ahead of next Wednesday’s Europa League final against Villarreal, but they followed back-to-back home defeats with this draw.

“We need to play better against Villarreal than what we have the last three games,” the United boss said.

“I think it might be a wake-up call because we tried to do the fancy stuff – the flicks, the extraordinary things, the things that pleased the fans.

“That’s not what we’re about. We should be more efficient.

“Back tackles, runs, scores – there’s no fluff. And we can’t have fluff in a game of football.”

Bookies have their say on Sergio Ramos’ next club

McTominay: How Ferguson and Fletcher inspire me