HomeFootballWhy is Spurs, England ‘poster boy’ Kane disliked by so many?
Football

Why is Spurs, England ‘poster boy’ Kane disliked by so many? 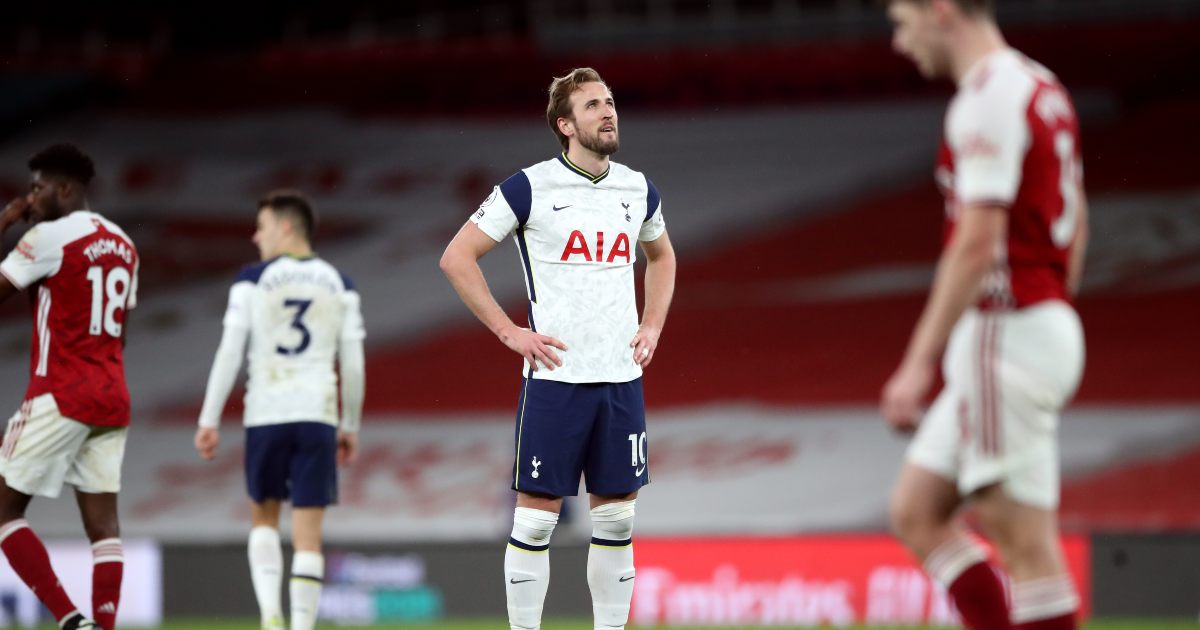 Thank you for your mails about Harry Kane and more. Keep them coming to theeditor@football365.com…

Why is Harry Kane disliked by so many?
We’re a funny lot the English, we have a player who is easily by any individual margin one of the finest strikers of the current era plying his trade at his boyhood club, he’s achieved most of what he has by hard work, he’s a full on team player and captain of the country, he was the golden boot winner at the world cup, he’s married and has kids, doesn’t seem to have a massive ego and hasn’t been in any publicly viewed trouble. He’s literally the poster boy for what we should want our kids to aspire to. But, he’s disliked, by many, it’s bizarre and I get it.

The press love him and he doesn’t play for other fans teams, we should celebrate the player but he’s still dismissed and overrated in many peoples eyes. The press have built him up and in fairness he’s achieved what they wanted from him over a long period of time, fans don’t like that and so aim there ire at the player rather than the press.

It’s odd, but I’m just as guilty, I don’t rate Greenwood, Sterling and his funny run style bugs me, Alexander-Arnold irritates me, etc etc etc, maybe on reflection we rate them higher, Wright, Fowler, Shearer, Rooney etc all seem to be far more impressive as a memory than when they actually played, maybe tribalism is key. Do we just want to appear contrary to the press view and so finding fault makes us feel a bit superior amongst all the rest of those blindly following the presented facts? Despite them probably being closer to the truth?

For the record IMO, he’s a bit snide, certainly nowhere near the dirty player haters want to portray him as and not as clean cut either, should have been carded on Sunday and needs to delay his backing in by a fraction of a second to be on par with the rest of the league players. He’s a cheat in the same way that they all are, he dives, he claims corners when he knows he got the last touch, he uses his strength to outmuscle opponents, he’s as guilty of all of those as every player in every league, he’s just a thoroughly good footballer and a decent human being and for some reason we hate him for it.
Steve (THFC)

Need to move on from Kane

Declined to bite the first time around and so feel a bit sorry for Rob and thayden after the inevitable pile on from the righteous. Kane lives rent-free in most people’s heads because he’s the fixture’s record goalscorer and best player in the league.
Dave (at least the pigeons will have been free of abuse whilst they were writing in), Winchester Spurs

Chelsea are rightly odds-on to finish top 4 given their form, but there must be more than a glimmer of hope for the chasing pack from their run-in. Assuming they get past Sheff Utd into the FA Cup semis and progress in the UCL, they will have at least 11 games in the last 6 weeks of the season, maybe 13 if they get to the UCL semis. Not too crazy for a large and expensively assembled squad normally, but it looks a bit more onerous when you consider that all but three of those games will be against high quality opposition (assuming you include Arsenal as high quality). Their three ‘easy’ games will be Palace away, and the only teams in the bottom half by then with anything left to play for, Fulham and Brighton. Clearly Tuchel has made them a different prospect against all-comers, but if West Ham, Everton and Liverpool are still in touch with four games to go, Chelsea’s closing run of Man City, Arsenal, Leicester (scheduled for FA Cup Final day currently) and Villa has plenty of potential for dropped points.
Shappo (clutching at something…)

Read my mails properly…
I have to keep reminding myself that Liverpool fans are not the brightest bunch, you really need to spell things out for them, implication, inference, extrapolation, it’s all wasted on that lot!

So, let me explain it like you’re all 5-year-olds!

Turiyo from Kigali, states “it is genuinely hilarious to sum up 2 years of excellence as ‘luck’”.

I NEVER said all your points in the past 2 seasons were due to “luck”.

I believe I clearly stated, in my last email, that between 12-15 points in the past 2 seasons was due to luck.  I don’t know what more one can do to make this clear, my 90 year old granny understands that!  Again, your title win & 2nd place were both deserved, but points tally was inflated due to luck, which, as I explained in my last email, makes the projected points total this year, a bit easier to understand.  You don’t drop 30 points due to a couple of long-term injuries, & a handful of short-term ones, but you can expect to drop 10-15 points.

He also says “Surely using his own logic, we need to wait a little bit longer to draw such a conclusion?”  Yes, exactly, which is why I said we’ll have to wait for next year, to see who’s right!  If you’re gonna have a go at me, the least you can do it read my email properly, & not stop at the 1st sentence that angers you!

Minty says “you remember that you lost that final 2-0 not 1-0”.  Wow, it never occurred to me!  I’d completely forgotten, thanks for reminding me.  Those words of wisdom certainly clear things up! I see the light now!

I’m no longer gonna accuse you lot of being “intelligent”.  I’m gonna do it by numbers, so you can follow:

1) The first goal in crucial in every match, let alone CL final.

3) Goals change games, & that goal meant you had something to hold on to, to defend, which you used to be very good at.

4) The 2nd goal, was completely inconsequential, coming so late in the game, when we had to risk all to get a goal.

5) You created zilch after your “non-penalty”.

And Pete from Birmingham,  you’re 100% correct, Poch bottled it by playing Kane, the full bloody 90 mins, and left the semi-final hero, Lucas Moura, on the bench.  Kane should never have started.  But the mere fact that our MOST important player was unfit for the CL final, shows the myriad ways Liverpool enjoyed good fortune in the last few years. After all, we are the Harry Kane team!, so effectively played a non-team!

And finally, I’m not “lucky” enough for my missus to run off with anyone, scouser or otherwise!?
Fred (I should be so lucky!), London

Let’s be nice to each other…
I would just like to say thank you to Aidan, Lfc (Thiago is a red card waiting to happen) for his email this morning as it was the only mail in the entire Mailbox that did not insult / slag off another human being or whine about some nonexistent paranoid injustice.

Football is fun, people. Please lighten up. It was genuinely soul destroying reading people ripping other people apart with such venom when there is a lot good things we can unite and/ talk about. Can we all make an effort to try to have a mailbox or two that focusses on the best things about this beautiful game, some suggestions:

·         What are people looking forward to most when we are allowed to watch games live?

·         In a post COVID world – Which football ground (apart from your own ground) would you most like to visit?

·         Which player / team will be the pleasant surprise package at this year’s Euros?

·         Which youth player at your team genuinely excites you?

Have fun and be nice J
MARK T (London) 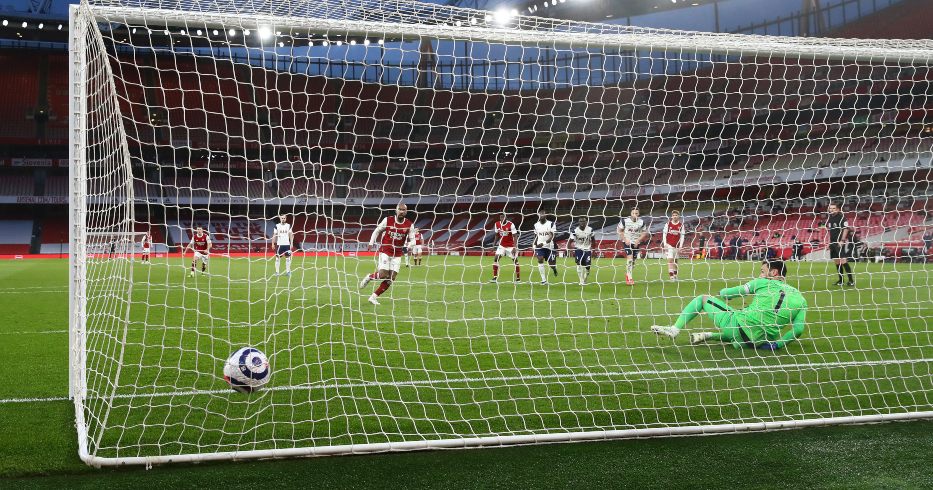 Good morning, so I thought I would give you my take on the current hot topics from this week.

The Lacazette penalty – I don’t think it was a penalty, he swings misses and kicks the defender trying to block the shot, Michael Oliver got this badly wrong.

Harry Kane – he is a good forward (not World class like some suggest) and he is also a dirty sod who gets away with a hell of a lot, especially the backing into jumping defenders causing dangerous falls yet getting a free kick every time (you’re a wizard Harry)

Liverpool’s luck – without a doubt they were incredibly lucky throughout the title winning season, they were also the best side that year, both things don’t have to be inclusive. Liverpool benefited from lots of dubious decisions whether soft penalties, missed fouls or just plain brain farts from opposition players, they also played some fantastic football so stop getting all defensive about it and remember Pool fans you were all convinced Fergie had refs, the FA, God all on his payroll so suck it up buttercup shit like this comes with the territory.

Lamela’s red card – I thought the first yellow was a shocker, he played the ball and only his momentum and trailing leg caught the player, never a yellow, his second was plain stupidity, throwing out an arm will always have an opposing player writhing on the floor like he’s been clocked by Mike Tyson no matter how soft the touch.

Lastly on United, I thought it was a great three points against nine defenders and Antonio, keep on winning and hope City take their eye off the ball to at least make it look like a title race rather than a canter.
Paul Murphy, Manchester

Two Mailboxes please…
Can we have 2 mailboxes from now on?

One for Fred to rant and people to reply to his previous bitter email and another “normal” mailbox. Am being serious as a guy as bitter as that clearly needs somewhere to vent.  I mean it’s 2021 and he’s going on about the 2019 final. You still have a chance in this seasons Europa(luck permitting of course.)
Ferg,Cork.