Thomas Leuluai, who agreed a one-year contract extension in December, takes over from O’Loughlin following his retirement. “I’m really privileged and honoured to be able to do the job,” the New Zealander said

Thomas Leuluai has been named as the man to take over from Sean O’Loughlin as Wigan Warriors captain on the eve of the new Super League season.

The 35-year-old agreed a one-year contract extension in December and has been handed the captaincy after O’Loughlin brought his own playing career to a close following last year’s Super League Grand Final.

Leuluai, who returned to Wigan in 2017 and has made a total of 302 appearances for the club across three spells, is honoured to be made skipper for the 2021 campaign as the Cherry and Whites aim to reclaim the Super League title for the first time in three years.

“It’s something I’ve never really chased or thought about, but at this stage of my career I understand the responsibility that goes along with it,” Leuluai said. “I’m really privileged and honoured to be able to do the job.

“With my age and my experience, I’m really happy to fulfil the role for them. I won’t really change too much in what I’ve been doing and how I go about my stuff.

“Sean has been my captain for the majority of my career. I feel lucky to have had him as my captain – I learned so much off him in the way he leads and the way he is as a person. I’ll be trying to mirror what he has done.”

Leuluai was informed of the news on a Zoom call with Wigan chairman Ian Lenagan on Thursday afternoon and was presented with a memento inscribed with the names of all of the club’s previous captains to mark the occasion. 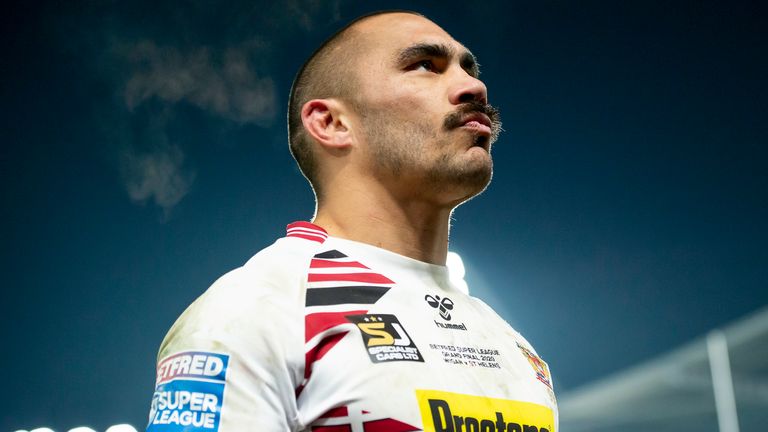 It’s something I’ve never really chased or thought about, but at this stage of my career I understand the responsibility that goes along with it

Lenagan, who is familiar with the New Zealand international from their time together in London, is excited by what he believes the experienced half-back will bring to the role.

“This was an incredibly important decision for me and for the club,” Lenagan said. “I have never actually named a Wigan captain as I was fortunate to inherit Sean O’Loughlin from the previous regime.

“I have a long history with Tommy having been with him as chairman of London Broncos/Harlequins. To watch him develop into the player and person he has become has been very rewarding for me personally. When you look at all the valued characteristics of a captain, Thomas ticks every box.

“Even in the twilight of his career, he still sets the standards on and off the field. I am convinced he will lead the club well through 2021.”

Leuluai’s first match as Wigan captain will be against Leigh Centurions in their opening Super League match of the year on Friday, March 26 – live on Sky Sports.