England striker Harry Kane, 27, wants to stay in the Premier League and go to either Manchester United or Manchester City if he was to leave Tottenham. (Independent)

Brazil star Neymar, 29, says signing a contract extension at Paris St-Germain “is no longer an issue” and he feels “very comfortable” at the French champions. (ESPN Brazil, via Goal)

Manchester United want to re-sign Portugal forward Cristiano Ronaldo, 36, from Juventus and would consider a swap deal in which France midfielder Paul Pogba, 28, would return to Juve. (Calciomercato – in Italian)

Barcelona will make an offer to Manchester City striker Sergio Aguero, 32, who is out of contract in the summer, but will not match the 10m-euro-per-season salary (£8.7m) offer made by Juventus.(Sport)

Spurs are looking into a summer move for 23-year-old Austrian striker Sasa Kalajdzic, who plays for Stuttgart. (Eurosport)

Boca Juniors want to sign Arsenal midfielder Lucas Torreira. The Uruguay international, 25, is currently on loan at Atletico Madrid, who do not want to make his move permanent. (TyC Sports – in Spanish)

Leeds have made an enquiry about Sampdoria defender Omar Colley as they consider a potential move for the Gambia centre-back, 28. (Tuttomercato – in Italian)

Ivory Coast defender Eric Bailly, 27, will reject a new contract at Manchester United and wants a summer transfer. His current deal is due to expire at the end of next season. (ESPN)

Aston Villa are preparing to receive a big offer for goalkeeper Emiliano Martinez this summer. The 28-year-old Argentine is reportedly a target for Manchester United. (Football Insider)

Wolves‘ Portuguese left-back Ruben Vinagre is a target for Benfica. The 22-year-old is currently on loan at Famalicao. (Football Insider)

Fulham, Monaco and Genk are interested in signing Chelsea’s 22-year-old English striker Ike Ugbo, who is on loan at Cercle Bruges. (Goal) 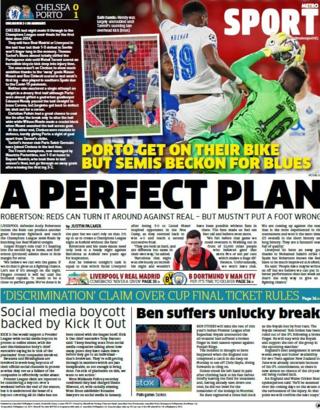