Portugal forward Cristiano Ronaldo, 36, represents the “future” of Juventus, according to the Serie A side’s director, Fabio Paratici. (ESPN)

Barcelona are closing in on a deal to sign Manchester City striker Sergio Aguero but the 32-year-old’s free-transfer arrival in the summer could depend on whether the Nou Camp club can convince his fellow Argentine forward Lionel Messi, 33, to stay with them. (AS)

Wolves will receive £12m from Liverpool this summer as part of the deal which saw Portugal forward Diogo Jota, 24, join the Anfield club in September. (Telegraph – subscription only)

American midfielder Christian Pulisic, 22, linked with Manchester United and Liverpool, wants to fight for his place at Chelsea. (Fabrizio Romano via Express)

Borussia Dortmund sporting director Michael Zorc says the club are prioritising achieving a Champions League place through the Bundesliga as they try to keep Norway striker Erling Braut Haaland, 20, for “as long as possible”. (Welt am Sonntag, via Goal)

Manchester City have approached Sporting Lisbon about defender Nuno Mendes as they look to move ahead of Real Madrid in trying to sign the 18-year-old Portuguese. (AS, via Mail)

Inter Milan striker Lautaro Martinez, 23, is confident of signing a new deal with the club, despite what the Argentine described as “a bit of financial difficulty” at the Italian side. (Sky Sports Italia, via Goal)

Denmark playmaker Christian Eriksen was linked with leaving Inter Milan in January but the 29-year-old says he is now happy at the Serie A side. (Sky Sports Italia, via Football Italia)

Barcelona teenager Ilaix Moriba’s father said he cancelled his son’s flight to Manchester when the 18-year-old Spaniard was close to joining Manchester City in 2019. (Sport)

Pay-per-view games could stay, with the EFL in talks to continue offering fans the chance to watch their team’s home matches online even after supporters return to grounds. (Mail) 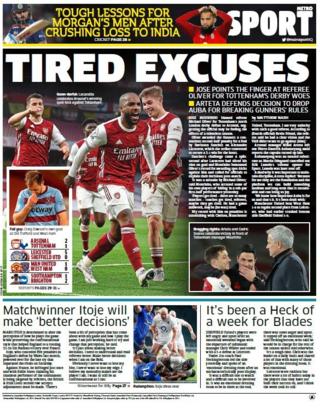 Flick tells Bayern he wants to leave amid Germany links

McBurnie to miss rest of season for Sheff Utd